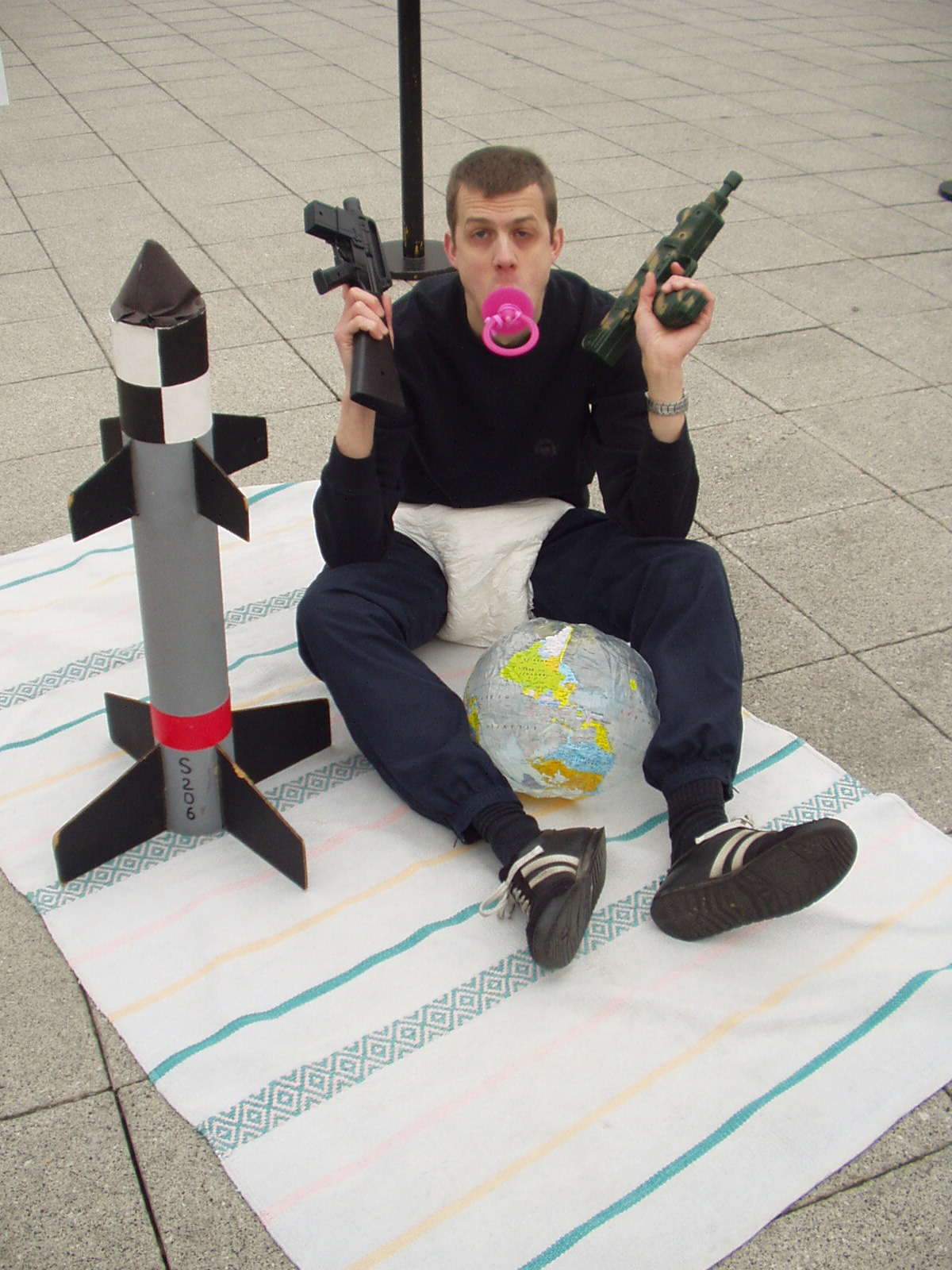 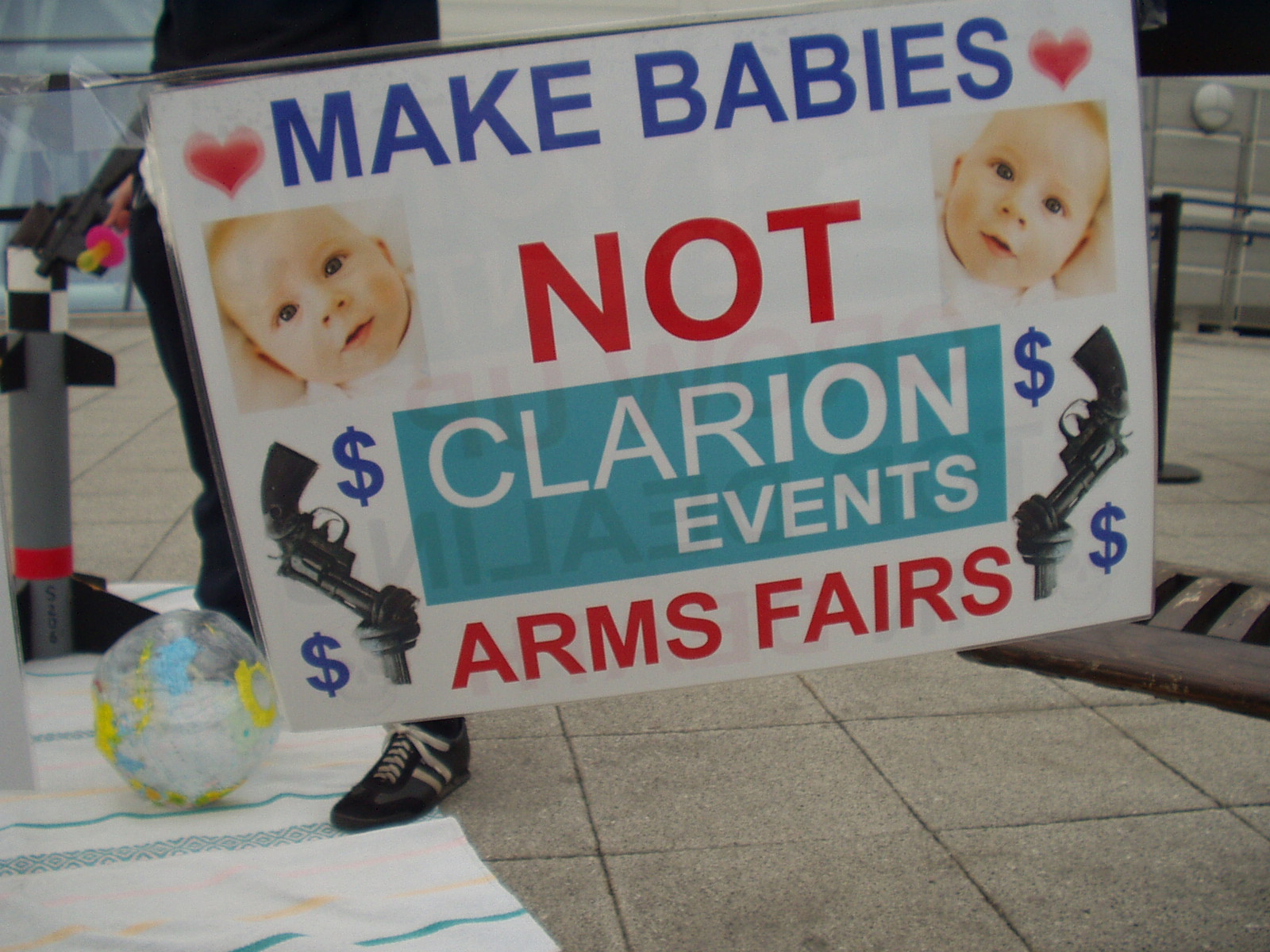 London CAAT members descended on the Excel Centre on the weekend of the 27th February as Clarion Events, owners of the DSEI arms fair, were holding a Baby Show there. Two hours of leafleting took place on the Friday and there was a musical protest by East London Against the Arms Fair on the Saturday. But the main London CAAT action was on the Sunday, when a particularly angry baby turned up laden with missiles, guns and a globe which he proceeded to destroy with the aforementioned items. Some passers-by and even exhibitors were drawn towards this strange sight and gladly took leaflets and/or signed the petition we had. There was a preview article by the local website Wharf, which can be found here (www.wharf.co.uk/2009/02/first-it-was-nuclear-santa-now.html) and they also sent down a photographer to cover the action. Photos can be seen at www.flickr.com/photos/londoncaat