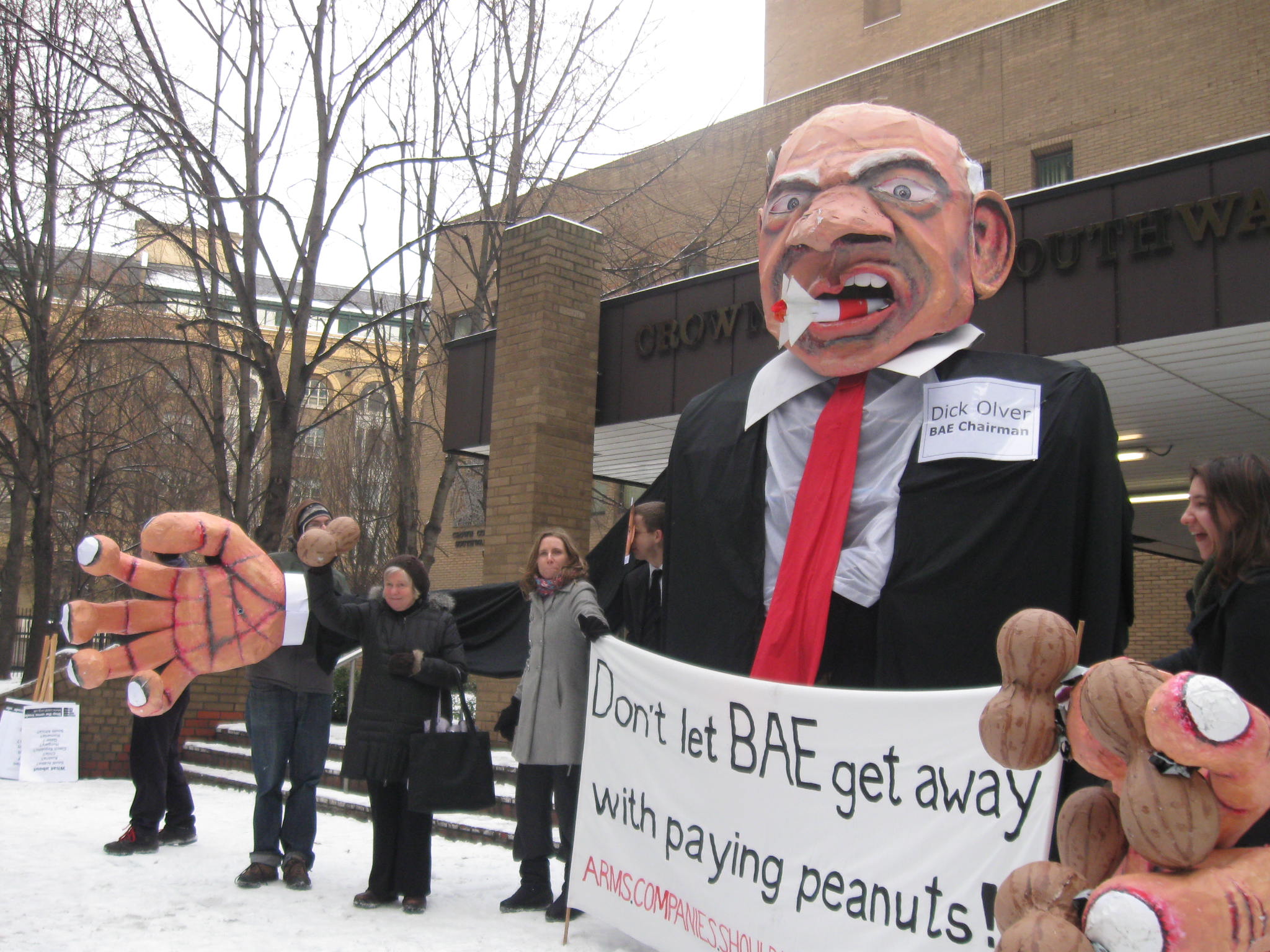 BAE managed to escape with a fine of £500,000 plus costs in court today. Its plea bargain (worth £30 million) to end years of corruption investigations was structured so poorly that if the court fined more, this would be deducted from the amount Tanzania is to receive in reparations. The judge described “moral pressure” to therefore minimise the fine.

But it is heartening that the judge, like the rest of us, could clearly see through BAE’s story:

“..on the basis of the documents shown to me it seems very naïve in the extreme to think that Mr Vithlani was simply a well-paid lobbyist”

“In any event, the suggestion that Mr Vithlani was merely a well paid lobbyist using his valuable time to hold legitimate meetings with decision-makers in Tanzania with no money changing hands is inconsistent, in my view, with the wording of the basis of plea that “there was a high probability that part of the £12.4m would be used in the negotiation process to favour BAEDS”.”

“The victims of this way of doing business, if I have correctly analysed it, are not the people of the UK, but the people of Tanzania. The airport at Dar-es-Salaam could no doubt have had a new radar system for a good deal less than $40million if $12million had not been paid to Mr. Vithlani.”

The judge noted that the then chairman of BAE, Richard Evans, personally approved Mr Vithlani’s appointment. While he accepted that there was no evidence that BAE was party to an agreement to corrupt, he noted, there “did not need to be” because the company had explicitly structured its payments to the marketing adviser in Tanzania via offshore companies so that they were “placed them at two or three removes from any shady activity”.

Despite the judge’s strong words, he was left with no power to impose stricter penalties. He further condemned the fact that the structure of the plea bargain means BAE cannot be pursued for offences committed before February this year, even if it has concealed evidence.

BAE may be off the hook technically, but neither the judge, the media nor campaigners are “naive in the extreme”. BAE’s reputation has taken another battering and we will keep up the pressure on this huge arms company until its privileged position close to governments and above the law is brought to an end.