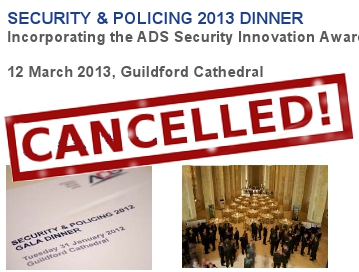 We’ve found arms trade events in some unlikely locations before: under the dinosaur in the Natural History Museum, or in the National Gallery, surrounded by paintings which ‘enrich life’.

But finding the Gala Dinner for an arms fair in a place of worship – a Cathedral no less – probably tops the bill!

Guildford Cathedral hosted Security & Policing’s “exclusive networking dinner” in 2012 and it was booked again for 2013.

The arms industry loves to hold its events in such prestigious locations: as well as purchasing a “unique and exclusive” venue, by buying into public institutions it is also buying itself the appearance of public respectability.

Security & Policing needs this respectability more than most.

The event’s promotional literature is vague, verging on vacuous, with its aim of bringing together “people with operational needs” with “companies that have the relevant solutions” – but once we delve into the content, we find a very disturbing picture.

A bit of digging reveals that the “people with operational needs” include tyrants and dictators – invited by the UK government’s arms sales unit.

“Relevant solutions” include sniper rifles, crowd control equipment and surveillance technology – the same equipment that has been used as part of the brutal suppression of protests in the Middle-East and North Africa and in the interrogation of human rights activists.

Its hard to see how business like this fits with the Church’s ethical position – as outlined in its ethical investment policy [PDF]. 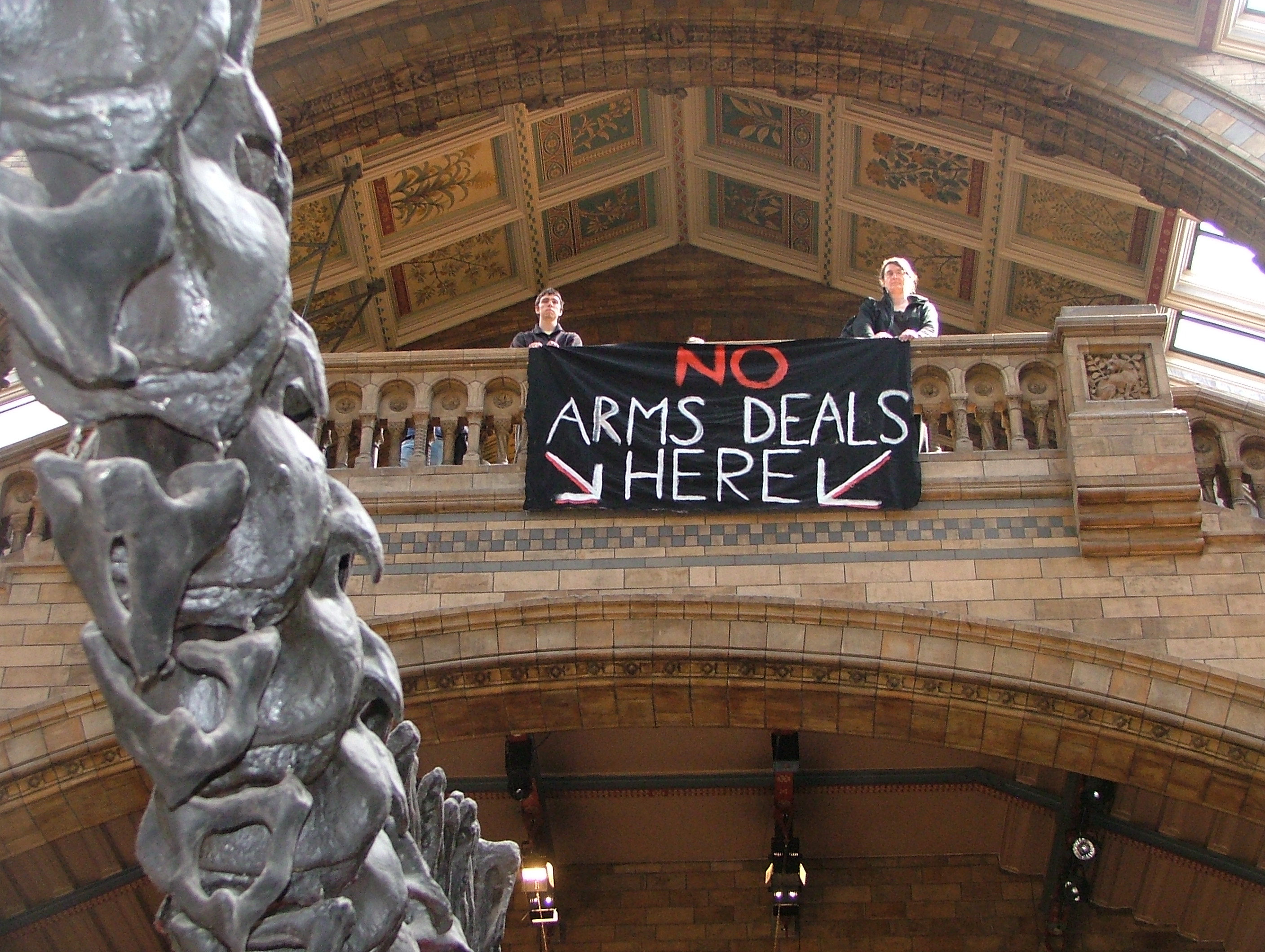 Protesting at the Natural History Museum

Campaign Against Arms Trade raised our concerns with the Cathedral – and we’re delighted to report that, a week later, it decided it was “not appropriate” for the event to go ahead.

This marks another really encouraging step in challenging the arms trade’s attempts to legitimise its deadly business. Last year, the National Gallery’s sponsorship relationship with arms company Finmeccanica was ended a year early, after public concern about the Gallery hosting events which promoted the arms trade – and other arms trade events are increasingly facing protest.

Help us keep up the pressure!

Meanwhile Security & Policing is still advertising its dinner as taking place at a ‘unique and exclusive’ venue – we wonder if they’ve found another one yet?

[UPDATE: We’ve heard a rumour that they’ve made a tactical retreat, to the Military Academy at Sandhurst – which recently renamed a room for the King of Bahrain. Perhaps they feel safe from public scrutiny there.]