Anne-Marie O’Reilly on how CAAT campaigners brought BAE to justice on 5 May. 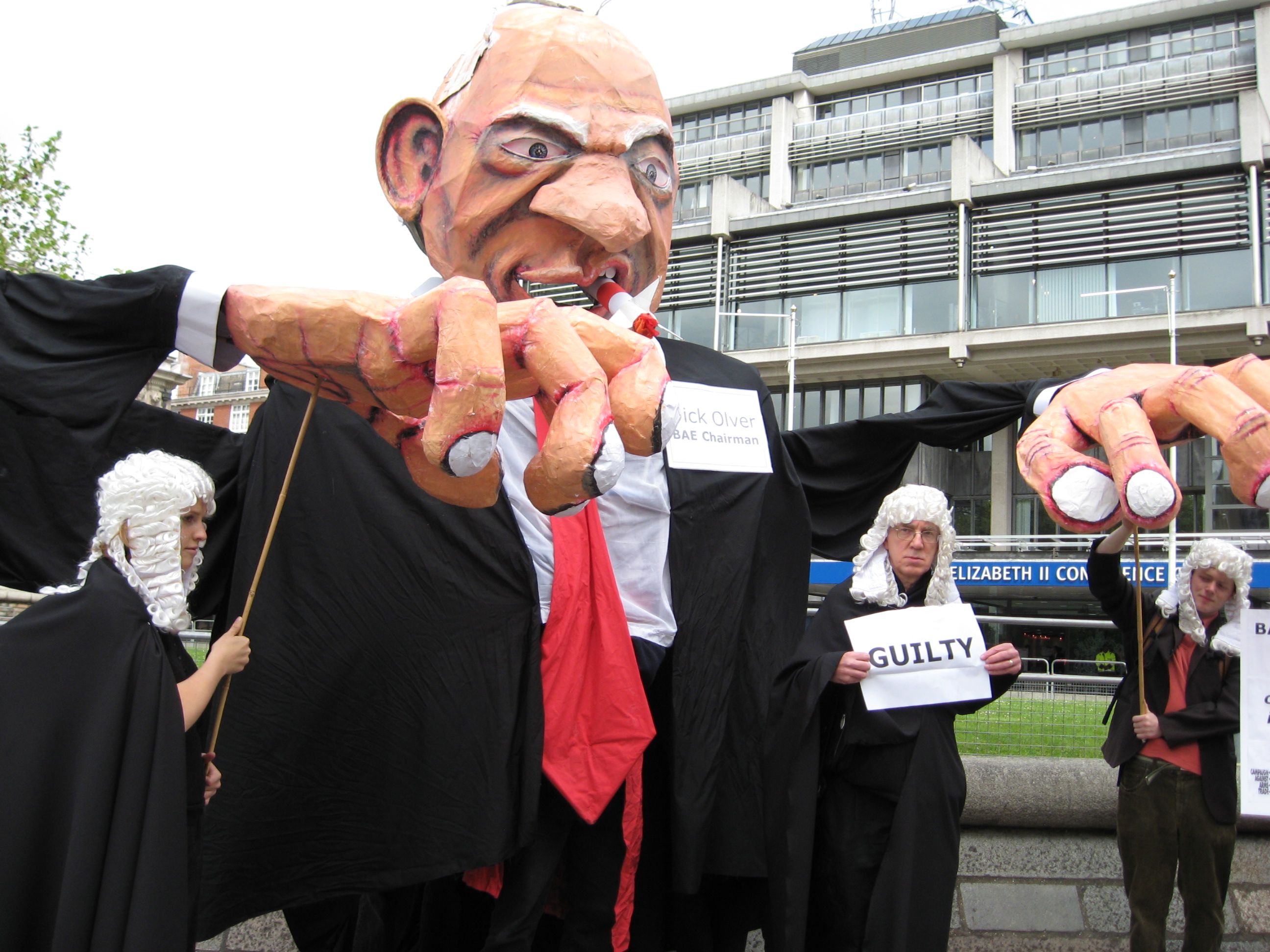 The People's Jury in session

One 12-foot high puppet (literally armed to the teeth) + 30 judge/jurors in wigs and cloaks = a strange sight for civil servants, tourists and shareholders in the City of Westminster this morning. The giant puppet was Dick Olver, Chair of the world’s largest arms company, and the thirty judge/jurors were Campaign Against Arms Trade (CAAT) activists. The scene was set
for the People’s Jury outside
BAE’s AGM.

Chanting “BAE can’t you see: corruption is your legacy”, the People’s Jury pursued Giant Dick Olver from 66 Victoria Street (home to the government arms sales department from which he receives so much support) to justice outside the AGM. There evidence was heard from the crowd on charges including: 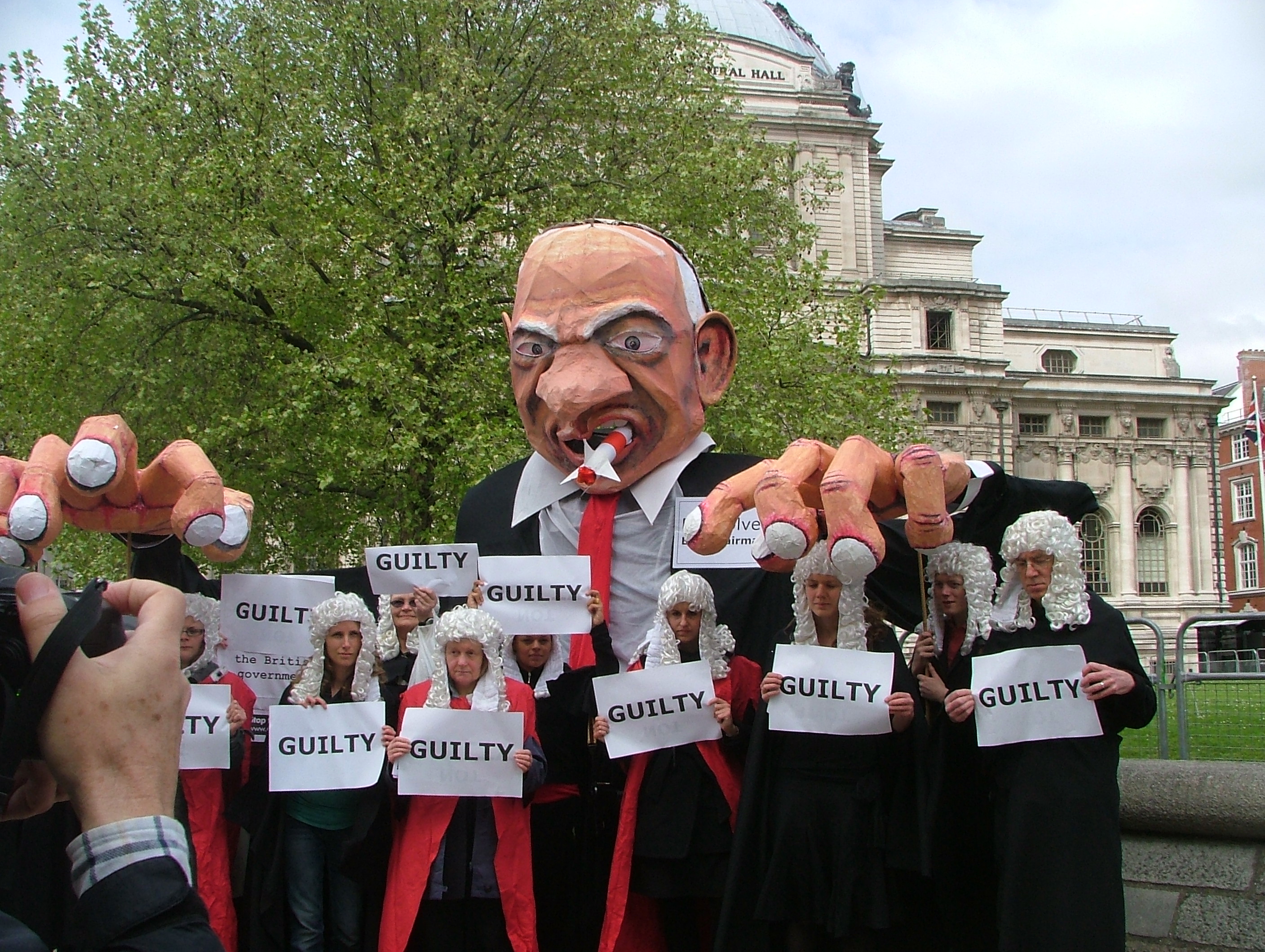 Unanimous verdict - GUILTY On ALL COUNTS!

When asked for their decision, the People’ Jury was unanimous: GUILTY!

Meanwhile, CAAT supporters pursued the shorter and more lifelike version of Dick Olver inside with relentless and detailed questions on corruption. Olver’s response was comically shallow and scripted: repeating several times that BAE would “self-report” anything dodgy they found out about or knew. Andrew Feinstein (former ANC MP) called for him to resign on this issue.

Other comedy moments came when Olver described how BAE are “doing our bit” for the environment: limiting their number of corporate jets to one and profiting from a couple of small renewables spin-offs from their military work.

CAAT activists will continue to ensure that while BAE managed to escape justice in the courts, they will not achieve the same feat in the court of public opinion. If you want to add your judgement to the People’s Jury, you can do so in our comments section below.