Damning words from Judge Stefan Apostol. He was speaking in a courtroom in Vienna, at the conclusion of a corruption trial. 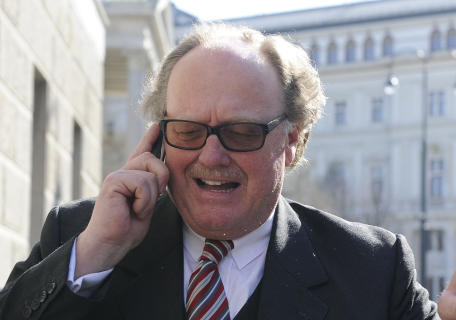 Alfons Mensdorff-Pouilly. He’s laughing but we’re not – and nor are the Austrian judiciary.

Although the trial received almost no publicity in the UK, the individual on trial and the company behind his misdeeds were deeply linked with the UK.

In the dock was “Count” Alfons Mensdorff-Pouilly, popularly known in Austria as “Count Ali”. Aristocratic ranks were abolished in Austria in 1919 but erstwhile aristocratic families are reluctant to give up grandiose titles which it seems work wonders in gaining entrée into certain social and business circles.

Aristocrat or no, Mensdorff-Pouilly was charged with the very modern offence of money laundering – of using his contacts to clandestinely pass millions of euros to individuals who were in a position to influence government weapons contracts. This at a time when central European countries were junking their soviet-era weaponry and replacing them with NATO standard equipment.

Mensdorff-Pouilly has a long association with the UK, and owns a castle in Scotland, to match his one in Austria. He gained brief media limelight in the British press when he was arrested in January 2010 on charges of making corrupt payments to secure the purchase of Gripen fighter jets between 2002 and 2008. He was imprisoned for a week before being released without charge when the SFO made a plea bargain with BAE Systems, which saw all but one charge related to alleged corruption dropped. At the time, BAE was a partner with SAAB of Sweden, which manufactured the Gripens.

Mensdorff-Pouilly later sued the UK prison system for human rights abuse (including being issued with the wrong size underpants) and was awarded a whopping £372,000 compensation (needless to say this is not a sum which is available to ordinary jailbirds, innocent or not).

Back to Vienna. Despite the Austrian stereotype of a sweet tooth and sweet music, the Austrian authorities were tougher and more persistent than the UK ones. They had been investigating the strange case of the Gripen jet fighters for over a decade and were determined to take it to the end.

When Mensdorff-Pouilly finally came to trial on 12 December 2012, there was intense media interest in Austria, with broadcast, press and online coverage.

BAE’s name was not mentioned in the deposition, BAE company executives would not be called as witnesses and information from the SFO would not be used in the prosecution case. Nevertheless, BAE was at the centre of the case.

Mensdorff-Pouilly was accused by the court of using 12.6 million euros given by BAE Systems through shell companies to influence weapons deals in Austria, the Czech Republic and Hungary. There was no dispute on the origin of the funds but there was contention on what they were used for and who they went to. Prosecutor Michael Radasztics said that this was the principal reason why Mensdorff-Pouilly was changed with money laundering, rather than bribery.

Mensdorff-Pouilly’s defence was that of the injured innocent. He painted himself as a man whose only problem was that he had used his family, social and business connections to his own benefit – after all an aristocrat has to make his way in the world somehow.

As it happened, the lack of concrete evidence was a huge flaw. When the court returned in the new year, media interest had waned somewhat. On 17 January, the judge ruled that although Mensdorff-Pouilly had had millions of euros pass through his hands, this did in itself not prove that the funds were being used for corrupt purposes.

Judge Apostol said: The affair stinks but it doesn’t stink enough” to convict on the charge of money laundering. He went on to say that the verdict was “more than unsatisfactory” given the “morally questionable business practices” outlined.

Addressing Mensdorff-Pouilly, he said: “It is lucky for you that the British didn’t come [to the trial], that the case was abandoned and that the evidence could not be firmed up. Otherwise things could have turned out quite differently.”

Reactions to the verdict 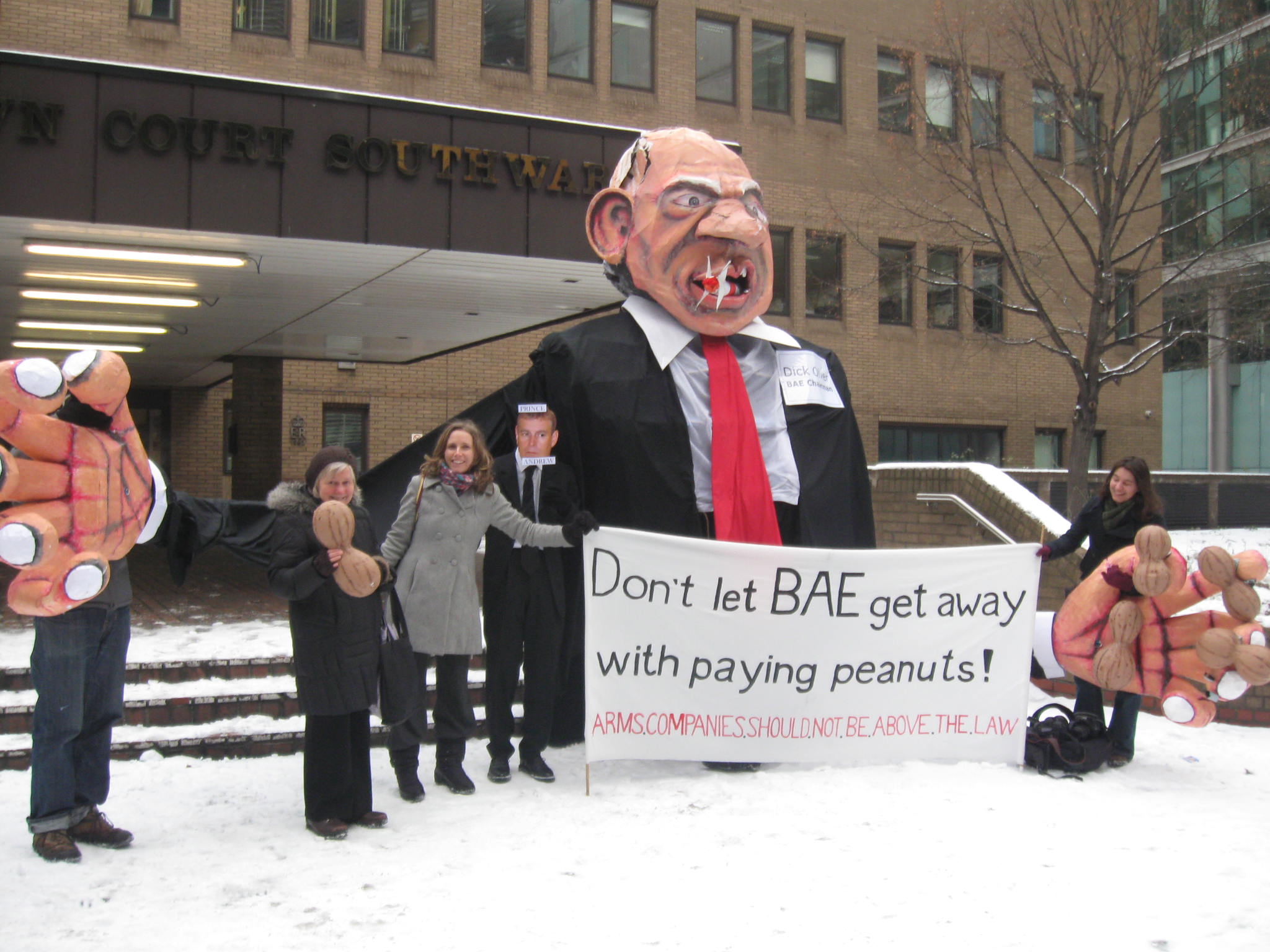 CAAT protest outside Southwark Court, Dece 2010. The court fined BAE £500,000 fo false accounting and ordered it to pay compensation of £30 million to the people of Tanzania.

Mensdorff-Pouilly was found guilty on the lesser charge of falsifying evidence and given a two-month suspended sentence. Unsurprisingly, since he was still a free man, he said that he would not appeal against it. Speaking after the verdict, Prosecutor Michael Radasztics said that he was not satisfied with the outcome and that the prosecution would appeal.

Ultimately the roots of this case can be traced back to the secretive dealings of BAE Systems, the UK’s largest arms company, as it sought to sell its destructive and highly expensive products worldwide.

We will have to wait to find out whether the appeal will be heard. As it happens, earlier in the month, another Austrian judge sent the former interior minister and MEP Ernst Strasser to four years prison for bribery, after he was filmed by undercover journalists agreeing to influence EU legislation in return for 100,000 euros.

It is a shame that Mensdorff-Pouilly was not afforded this justice as well.