From Israel to Hong Kong, the arms export controls system is broken.

The UK’s arms export policy rarely comes under as much scrutiny as it did this summer. As Israel launched its devastating attacks on Gaza which were to leave more than 2,000 dead, over 500 of them children, the UK’s arms sales and military collaboration with Israel were challenged from all sides. 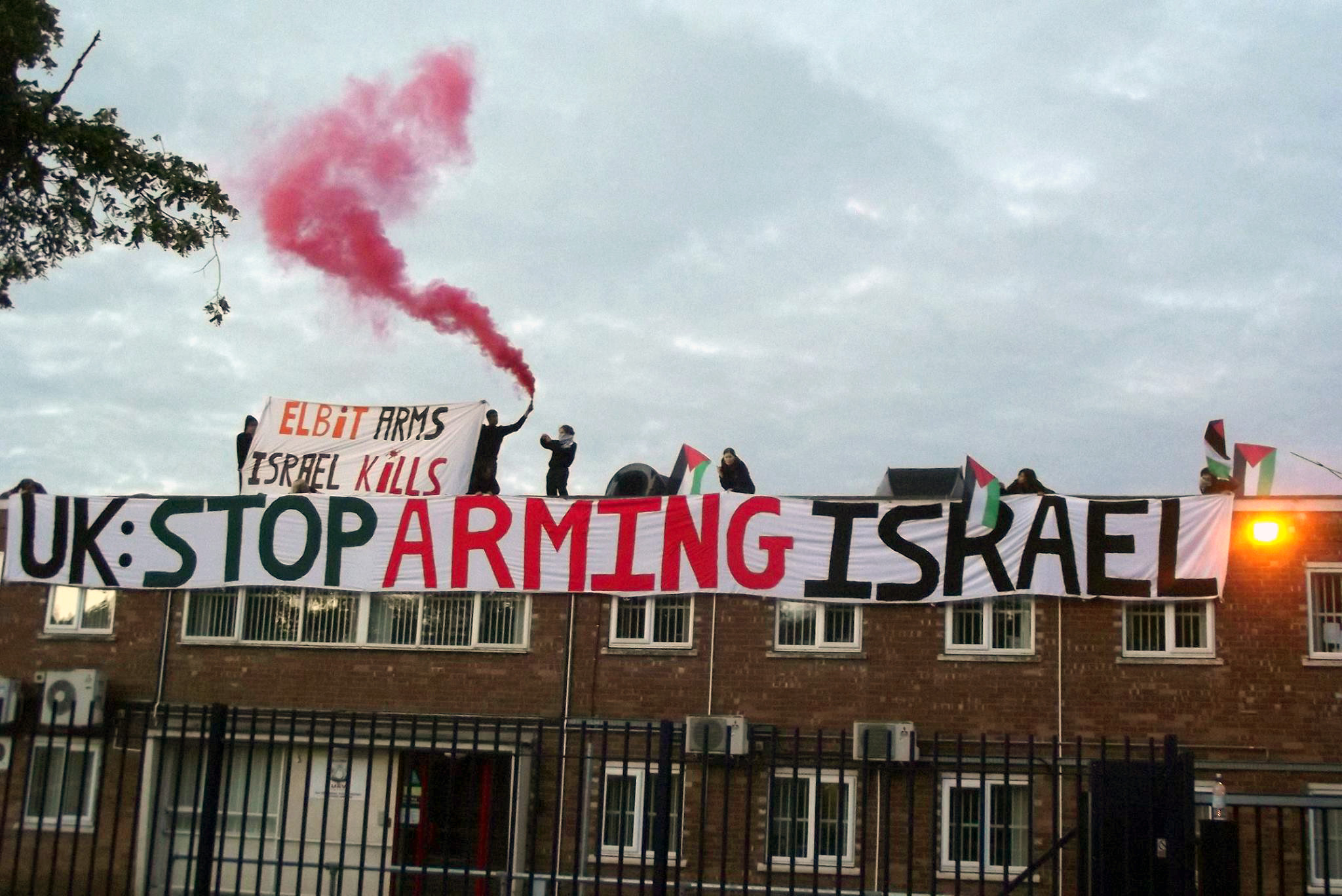 Protesters occupied the roof of Israeli drones manufacturer Elbit Systems, shutting it down for two days.

Thousands of people lobbied MPs, emailed Ministers, and took to the streets to call on the UK government to Stop Arming Israel.

The fallout even saw Baroness Sayeeda Warsi, a Conservative peer and Foreign Office Minister, resigning from the government in opposition to its uncritical support for the bombardment of Gaza.

Since the end of 2008, the UK has licensed more than £50m of weapons to Israel. The relationship is two-way, with the UK spending millions every year on Israeli military exports and Israeli drone manufacturer Elbit Systems working with UK arms company Thales UK on a Ministry of Defence contract worth nearly £1 billion.

In August CAAT exposed the UK companies involved in supplying Israel, including those manufacturing components for the same equipment which Israel was using in its attacks on Gaza.

The UK government eventually announced a review of arms sales to Israel but did not suspend or revoke any of the existing licences, despite admitting that at least 12 were for equipment that might be being used in the attacks on Gaza. It said it would suspend licences if ‘significant hostilities’ resumed – but when the ceasefire broke down nothing changed.

Unfortunately, the situation is all too familiar. In 2009 the then foreign secretary, David Miliband, told parliament that it was “almost certain” UK weapons had been used in Gaza – and in 2002 the government approved the export of components for F-16 fighters being made by the US company Lockheed Martin and sold to Israel. 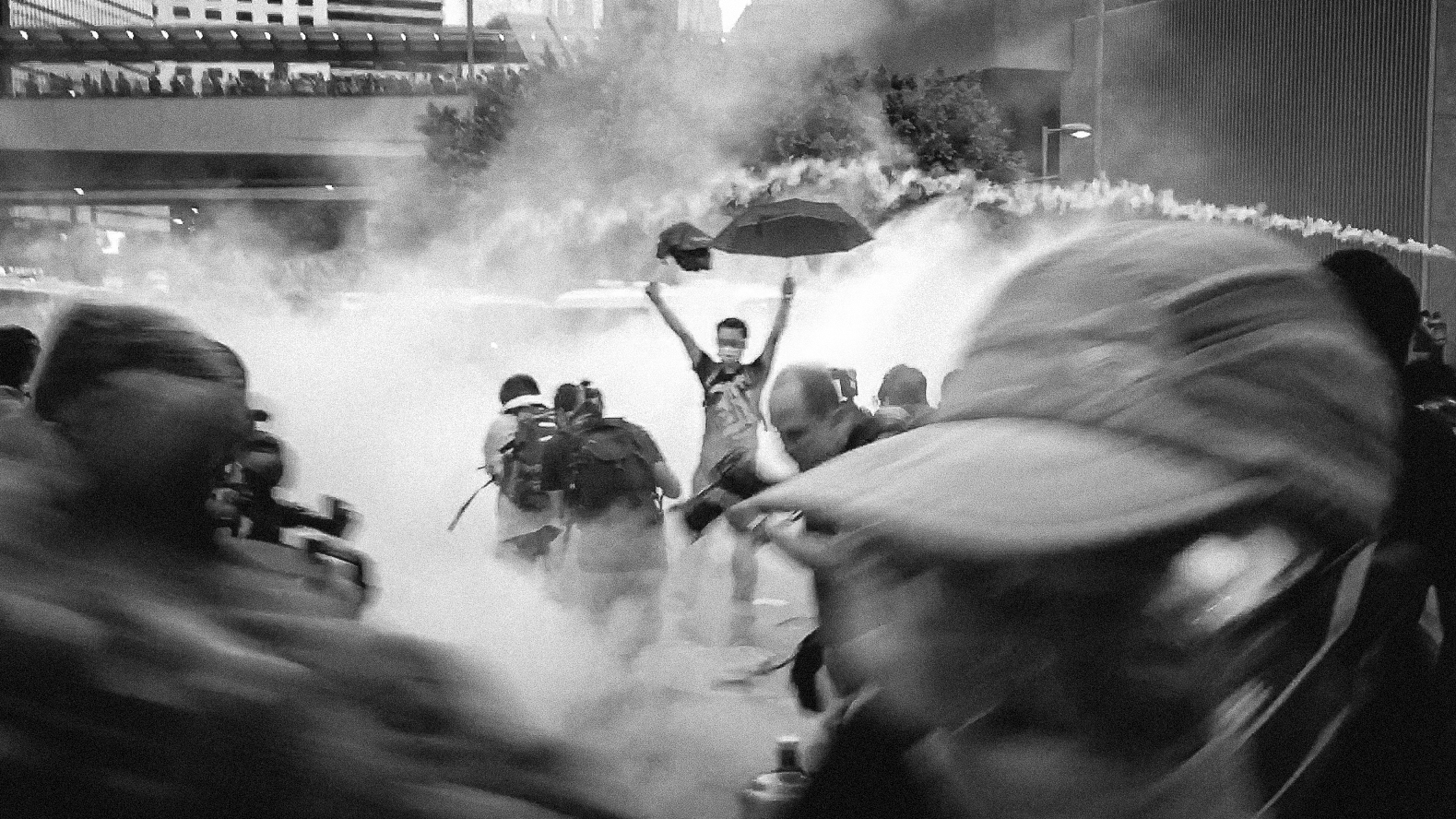 Teargas used in Hong Kong was made in Britain (Image: Pasa Au Yeung on flickr)

In September UK-made tear gas was turned on democracy protesters in Hong Kong – but Foreign Secretary Philip Hammond commented that it was ‘immaterial’ that the tear gas was from the UK and refused to rule out further exports. The government should never have granted licences for these sales in the first place – but its failure to even consider cancelling them after evidence of their use represents a new low.

If we want to end UK complicity in human rights violations and conflict we have to challenge this.

A failure of export controls

Time and again the government claims the UK operates some of the most ‘rigorous’ arms export controls in the world.

The government’s own rules state that arms sales should not be allowed where there is a significant risk that they might be used for internal repression or in violation of international humanitarian law.

But in reality it is at best a policy of “arms control by embarrassment,” with the UK supplying weapons with little regard for the record of the buyer country and only revoking licences at times of crisis when it is already too late.We have seen this with the UK’s arms sales to Bahrain, Libya, Saudi Arabia and many other repressive regimes around the world.

In the case of Israel and Hong Kong even this has failed.

In July, Parliament’s Committees on Arms Export Controls reported that “the Government’s arms export policy is essentially one of reacting to events and not taking sufficient account of the nature of the regimes concerned at the point when the decision is made to approve the export licence or not.”

Nothing less than a fundamental reevaluation of the UK’s approach to arms sales is required. UK arms export controls will never work while the focus of the government is on promoting rather than controlling arms sales.