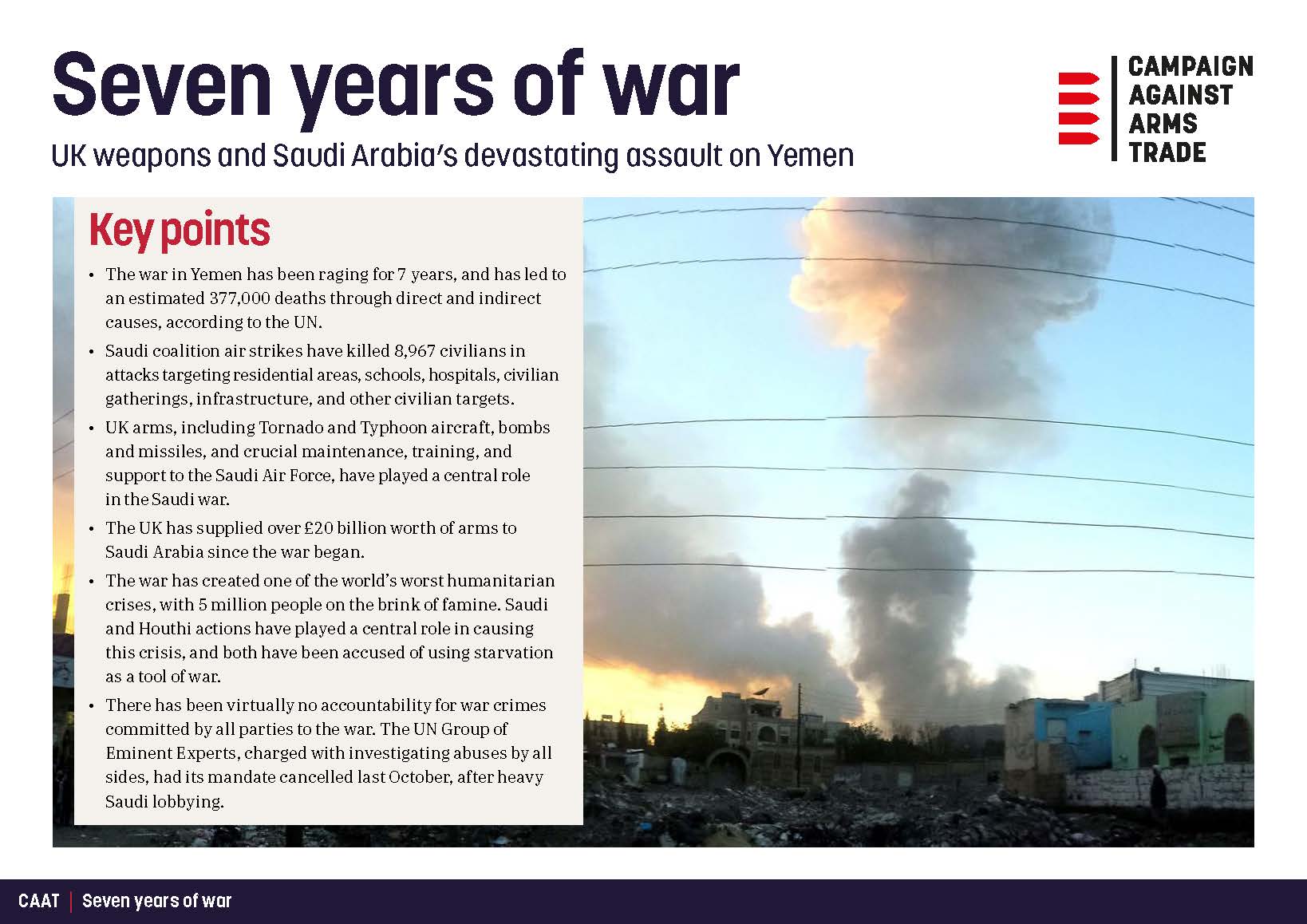 This fact sheet is intended as an information briefing for those participating in CAAT’s lobby of Parliament for Yemen on 10th March 2022, for lobby participants to read themselves and send to their MPs at or before the lobby. It also provides a useful summary of the situation in Yemen and UK arms sales in general.

The war in Yemen has been raging for seven years since the Saudi coalition’s bombing campaign began. The UN estimates that 377,000 people have been killed as a result of the war, through direct fighting, and due to the humanitarian catastrophe caused by the war, one of the world’s worst. Saudi coalition bombings have killed nearly 9,000 civilians in directly targeted attacks, and have destroyed hospitals, schools, residential areas, food production and water facilities, and critical civilian infrastructure, greatly contributing to the humanitarian crisis.

UK arms sales have played a critical role in the war. The UK has supplied Saudi Arabia with combat aircraft, bombs, and missiles, and continues to provide crucial repair, maintenance, training, and support to the Saudi air force to enable it to continue the war. CAAT estimates that the UK has sold over £22 billion worth of arms to Saudi Arabia and its coalition allies since the war began.

These arms sales are in clear contradiction of the government’s arms export control criteria. CAAT is taking the government to court in a second judicial review case to ask for the UK’s continuing sale of arms to Saudi Arabia to be ruled illegal.