A disturbing number of senior government officials, military staff and ministers have passed through the ‘revolving door’ to join arms and security companies.

This process has helped create the current cosy relationship between the government and the arms trade – with politicians and civil servants often acting in the interests of companies, not the interests of the public.

When these ‘revolvers’ leave public service for the arms trade, they take with them extensive contacts and privileged access. As current government decision-makers are willing to meet and listen to former Defence Ministers and ex-Generals, particularly if they used to work with them, this increases the arms trade’s already excessive influence over our government’s actions.

On top of this, there is the risk that government decision-makers will be reluctant to displease arms companies as this could ruin their chances of landing a lucrative arms industry job in the future.

Beyond individual decisions, the traffic from government to the private sector, and vice versa, is part of a process where the public interest becoming conflated with corporate interest, so that it becomes normal to unquestioningly meet, collaborate and decide policy with the arms industry, then take work with it.

All this helps create a sense of “groupthink”, where the assumption that the arms industry is a crucial part of the UK economy, whose well-being advances the good of the nation as a whole, goes unquestioned.

Every year ministers, civil servants and military chiefs pass through the “revolving door” between government and the arms and security industries. The allure of lucrative future jobs represents a serious conflict of interest for our public servants.

As is evident from the steady stream of notorious examples, there is no effective regulation of the revolving door.

A body called the Advisory Committee on Business Appointments (ACOBA) has been described as the revolving door ‘watchdog’ but, if it is a watchdog, it is a toothless one. It does not have the authority, powers or resources to prevent the revolving door undermining democratic decision-making and effective government. In effect, it merely records the process. The only accountability is through media and campaigner exposure of some of the more blatant cases.

The main problem with ACOBA is that it is, as its name suggests, merely advisory. It is not a statutory regulator – meaning it has no legal powers to compel anybody to do anything. While it can recommend waiting periods of up to two years between public and private jobs and can advise lobbying bans, it does not have the power to enforce either of these conditions.

Furthermore, if it ever decided to publicly advise that a job application was not suitable (which it has never done), it could simply be ignored. As former ACOBA chair Angela Browning herself has said:

“We haven’t got the power to say to someone they can’t work. They could just shrug their shoulders.”

Even in Parliament, it is widely accepted by MPs of all parties that ACOBA is not fit for purpose – two recent reports by the Public Administration and Constitutional Affairs Committee (PACAC) have heavily criticised the body’s effectiveness. As the chair of this committee, Conservative MP Bernard Jenkins, said in October 2016:

“A regulatory body that never seems to regulate does not give much confidence.”

Among the many MPs who’ve also criticised the regulation are Conservative David Davis who, before he was a minister, called ACOBA “far too weak” and Labour MP Paul Flynn, who labelled it “impotent“.

Even some of those who have passed through the revolving door are critical of the lack of regulation. Former navy chief Alan West, now Chairman of Spearfish Maritime Security, said in 2012: “In my case, I did not feel that I was able to influence the [ACOBA] committee, but when I looked at some appointments, I wondered if it was being influenced. Let us put it like that.”

When revolvers think they’re off the record, they are even more candid. During the Sunday Times 2012 ‘Generals for Hire’ investigation, undercover reporters asked former naval fleet commander Trevor Soar how he would get around lobbying restrictions. “You just basically ignore it”, he said.

The arms industry has an open door to government, as can be seen from the thousands of hours of meetings every year between top arms industry executives and government ministers and senior civil servants. 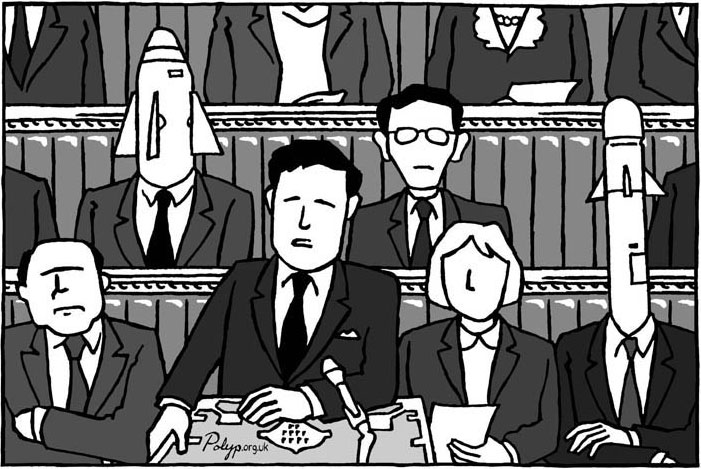 Arms industry influence within government is bolstered by the presence of a dedicated arms export promotion unit within the Department of International Trade, and by several high-level advisory bodies packed with arms industry executives, drowning out voices from civil society. 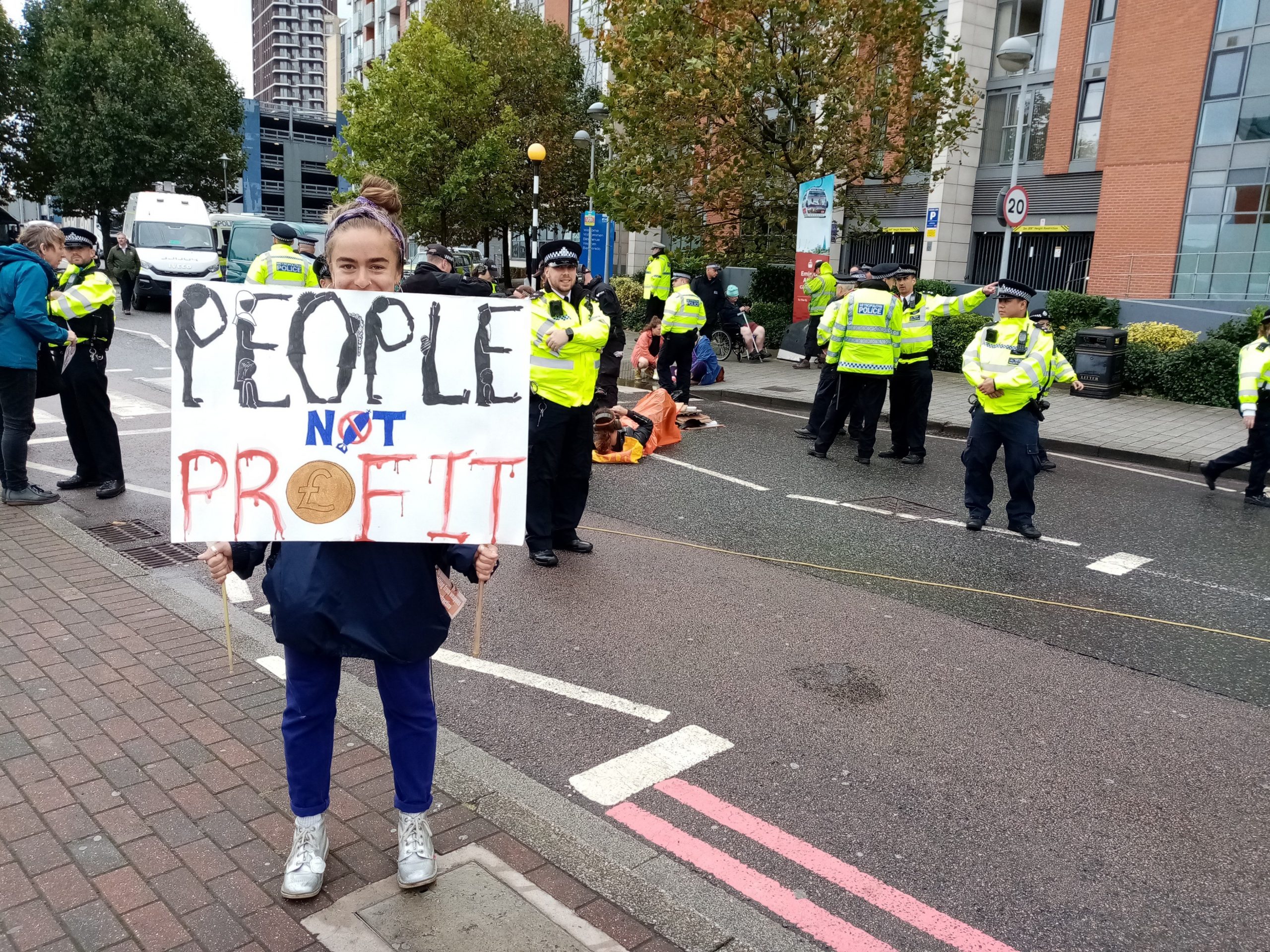 There are many steps that could be taken to reduce the influence of the arms industry within government and allow a more balanced debate where voices supporting sustainable security could be heard alongside the voices of militarism.