Since the failed coup in July 2016, and the crackdown against opposition groups that followed, the UK has approved permanent, Single Individual Export Licences (SIELs) export licences worth £806 million for arms exports to Turkey. Since the outbreak of the protests in May 2013, the figure rises to £1.3 billion.

In addition, 114 Open Individual Export Licences (OIELs) were issued for exports to Turkey, allowing for unlimited deliveries of the equipment specified in the licence. 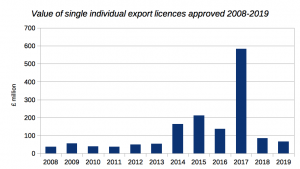 In January 2017, Prime Minister Theresa May signed heads of agreement for a £100 million deal for BAE Systems to support the development of Turkey’s indigenous TF-X fighter jets. BAE Systems is also involved in a joint venture with Turkey’s Nurol Holdings to build to build 17 amphibious attack vehicles.

Turkey is one of the original partners for the A400M Atlas military transport aircraft, taking delivery of 7 such aircraft between 2014-2017, according to the SIPRI Arms Transfers Database. The wings for the A400M are built in the UK by Airbus, at Filton, Bristol. BAE Systems produces equipment for the engines.

BAE Systems and other UK companies also have a major role in the F-35 Lightening II Joint Strike Fighter, for which Turkey is also a partner nation, and has ordered 100 aircraft, the first two of which were delivered in 2018, according to SIPRI. Fifteen percent of the value of every F-35 is produced in the UK.

Most UK exports of equipment for the A400M, the F35, and the TF-X programmes are covered by Open General Export Licences (OGELs), which are even more expansive than OIELs, allowing the licence-free export of a wide range of equipment, specified in each licence, to countries listed in the licence. OGELs are valid indefinitely, until revoked.

Turkey’s Air Force primarily uses Lockheed Martin F-16 fighter aircraft from the US, and T-129 attack helicopters, produced as a joint venture between Turkish Aerospace Industries and the Italian half of AgustaWestland, in most of its bombing campaigns, within Turkey and in Iraq and Syria. The F-16 fighter planes used by Turkey to bomb Afrin include laser targeting systems produced by Leonardo in Edinburgh. BAE Systems also produce components for the F-16.

In recent years, Turkey has become a major player in the production and use of unarmed aerial vehicles (UAVs, or drones), including armed drones. Turkey has deployed armed drones extensively in its wars against the Kurds, as well as its intervention in the civil war in Libya.

Research in 2019 by Ceri Gibbons, an activist with Brighton Against the Arms Trade revealed how Turkey’s development of armed drones was helped by the supply of technology and components from Brighton-based arms company EDO MBM, now a subsidiary of US company L3Harris. Specifically, they supplied bomb release mechanisms and associated technology which were used by Turkish arms company Baykar to produce Turkey’s first armed drone, the Bayraktar TB2. The first successful test fire of a missile from the Bayraktar was conducted in December 2015, just a few months after EDO MBM received licences for the crucial components and technology.

In October 2019, following the Turkish offensive in Rojava in northern Syria, the UK government announced a halt to new export licences for arms sales to Turkey. However, existing export licences remain valid for use. In particular, BAE’s participation in Turkey’s TF-X programme (see above) appears to be unaffected. 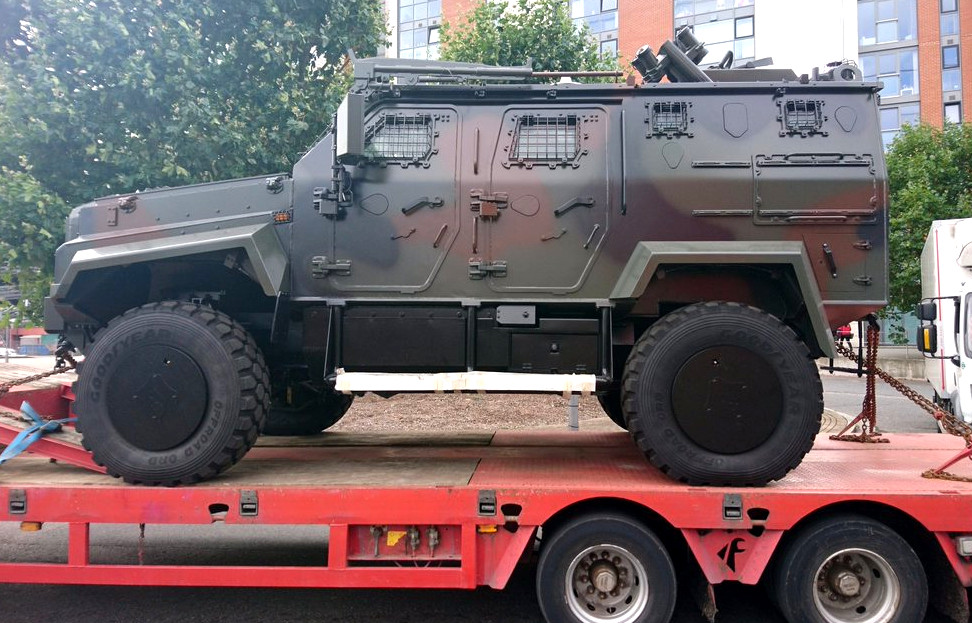 Turkey's arms industry is large and growing, and it is a major player in the global arms trade as both an importer and an exporter. Turkey regularly attends the DSEI arms fair in London, and other UK arms fairs such as Farnborough and Security and Policing. 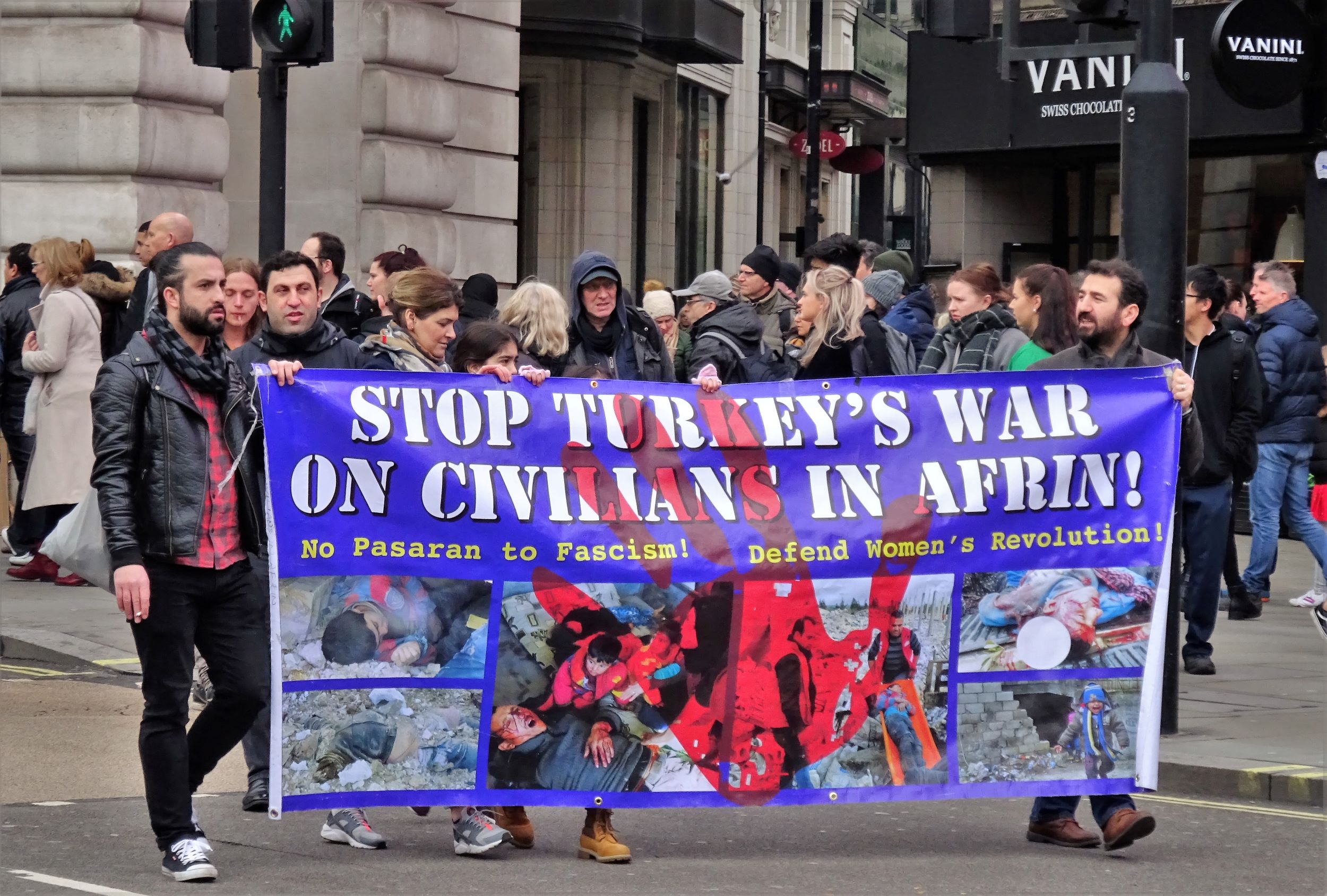 Turkey severely represses its Kurdish minority. A long-running and brutal armed conflict between the Turkish military and Kurdish PKK fighters in the south-east has killed tens of thousands. Turkish military assaults on the Kurdish-majority Rojava autonomous region of northern Syria have killed hundreds of civilians and displaced hundreds of thousands.