At least 1,300 people were killed in Egypt during protests in July-August 2013. Since then hundreds of people have disappeared, either killed or imprisoned by the police or army, and tens of thousands of people have been put in prison.

Journalists, human rights defenders, protesters, government critics, opposition parties, and LGBT+ people have all been targeted by the Government. Women consistently face sexual violence and discrimination, with no protections in the law.

Over 4,000 people were detained after protests in September 2019.

While coronavirus makes the appalling conditions in Egypt’s prisons  of even more urgent concern, the authorities have used the pandemic to justify further arrests and repression, including automatic renewal of pretrial detention.

Egypt is a part of a group of countries giving military support to Saudi Arabia in its war on Yemen, with warships, aircraft and troops.

The UK supplies Egypt with a range of military equipment. After massacres that killed huge numbers of people during a military takeover of government in 2013, EU countries agreed to suspend and review licences for “any equipment which might be used for internal repression.” The UK government paused 48 of its agreements to supply Egypt with arms.

However, UK government information shows the UK has sold Egypt all kinds of arms that could have been used in the suppression of its citizens, including machine guns and parts for military combat vehicles and military helicopters.

The UK government arms sales department, Defence & Security Exports, has identified Egypt as a “key market,” despite its terrible human rights record. UK Prime Ministers and Trade ministers have made and hosted many meetings with the Egyptian government since 2013.

The UK government has often invited Egypt to send staff to visit the DSEI arms fair to shop for new equipment. They accepted and attended in both 2017 and in 2019. In 2015 they weren’t officially invited by the UK government, but arms fair organisers hosted a private VIP group from Egypt, likely including the head of the Egyptian Army.

Lawyers for the Egyptian opposition ‘Freedom and Justice party’ contacted Scotland Yard alleging that the Head of the Army was implicated in the use of torture in Egypt and calling for his arrest, but the Foreign Office had given him temporary diplomatic immunity from investigation during his visit.

Several international arms manufacturers that have exhibited at DSEI have sold arms to Egypt, including tear gas used on protesters in 2011, combat aircraft, guns and tanks.

Delegations have also been invited to attend Security & Policing and Farnborough International.

The Egyptian Initiative for Personal Rights works to protect and improve Egyptian people's basic rights through research, working with governments at home and abroad, and supporting legal cases. 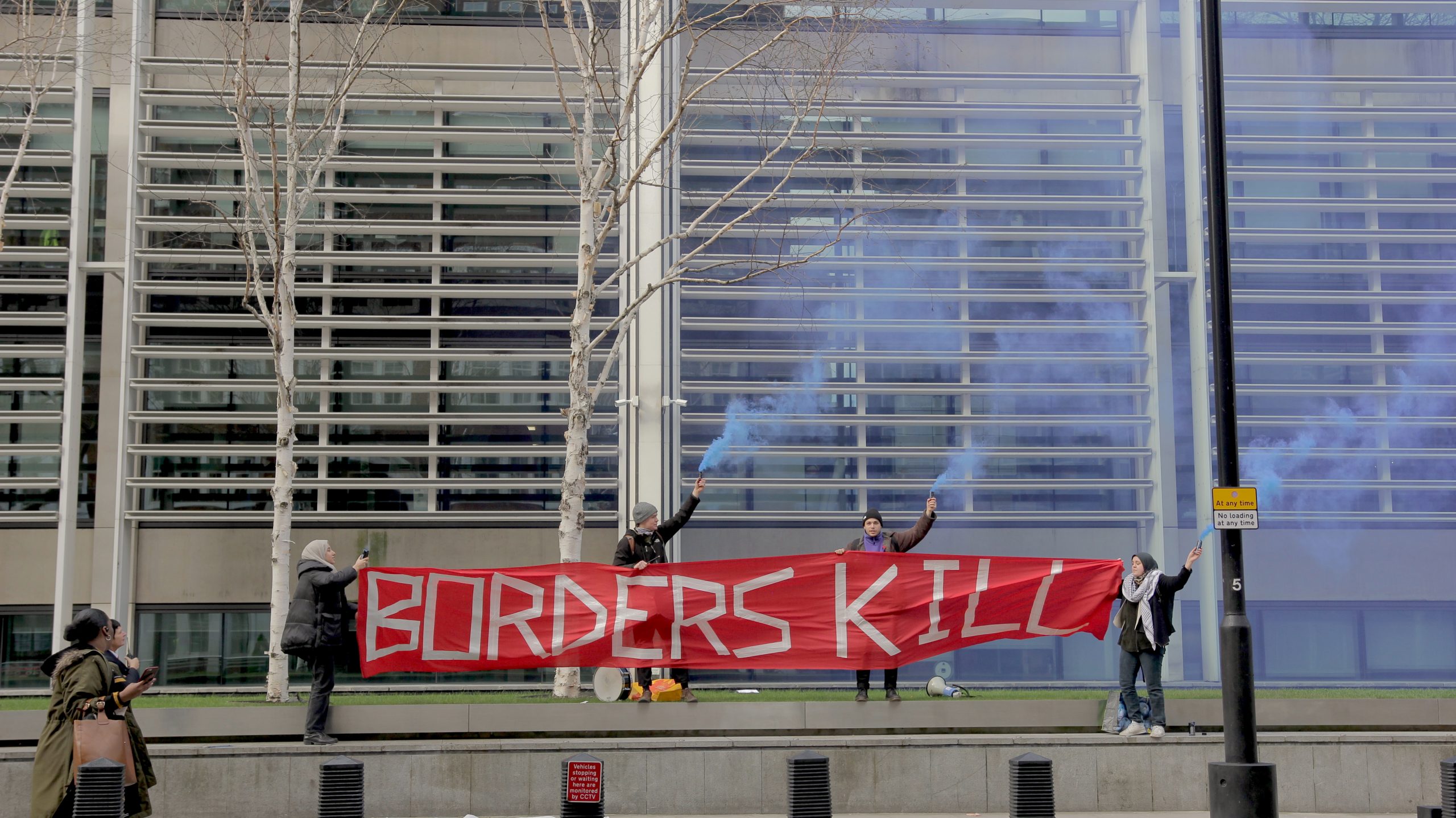 Security and Policing is an annual event organised by the UK government’s Home Office and the arms industry trade body, ADS. But it is clear that there is no consideration for the security of people, rather this event is a clear example of promoting ‘security’ for government and state officials, and the corporations they work 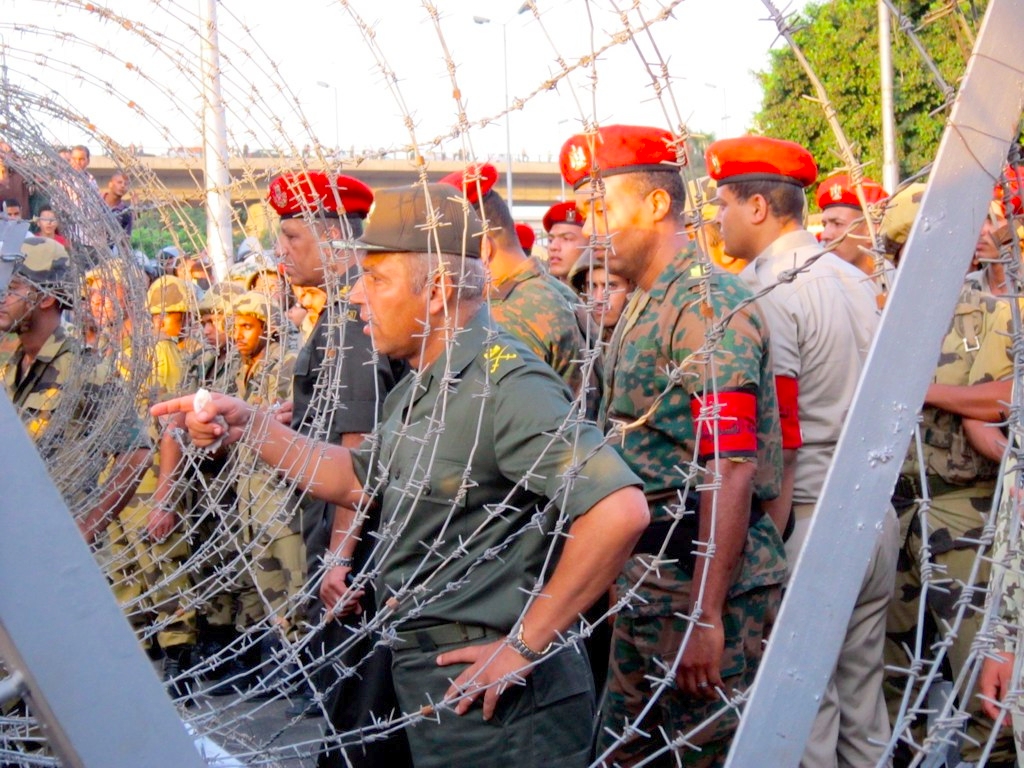 Karim Malak from Egypt reports on an incident on Armed Forces day, 23 July 2011. On 23 July 2011 the Egyptian military cautiously began marking Armed Forces day. The night before, the military had issued a communique on their facebook page incriminating 6 April, a large civil society organisation and opposition movement. 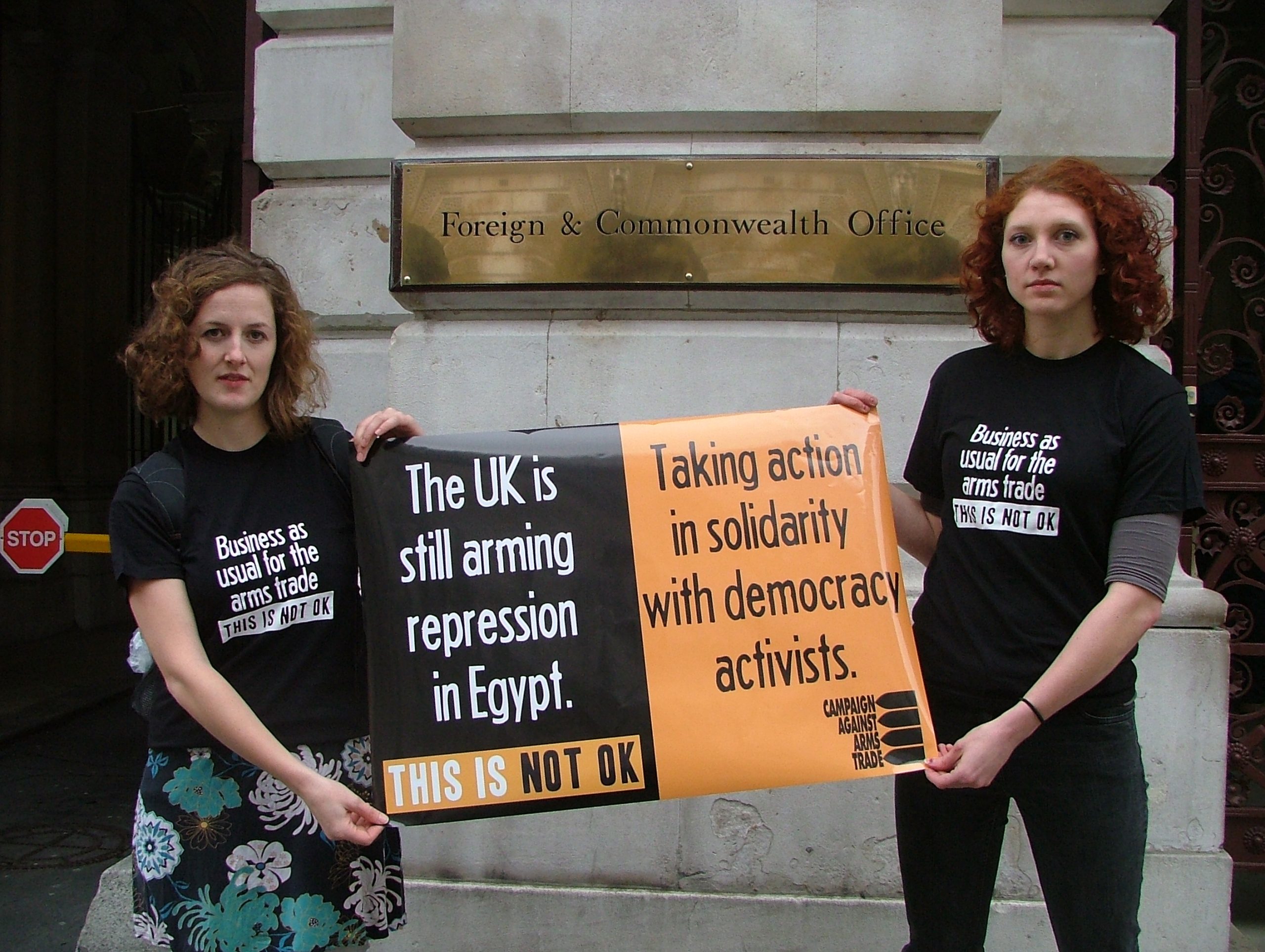 In the year after the revolution in Egypt began in January 2001, those calling for democracy were put through military trials, tortured and killed. Yet the UK continued arming the regime. In January 2012 we delivered a petition of over 7,000 signatures to the Foreign Office before joining a vigil outside the Egyptian Embassy,